Sign up for the Ghost Story Newsletter to be among the first to know about our latest news, updates, and events.

Please enter your date of birth.

New York – December 8, 2022 – Ghost Story Games, the development studio led by game creator Ken Levine, today announced that Judas, an all-new single-player, narrative first-person shooter is in development for the PlayStation®5 computer entertainment system, Xbox Series X|S console systems, and PC via Steam and Epic Games Store. The new project was revealed at The Game Awards 2022 as a world premiere unveiled by Geoff Keighley. In conjunction with the project reveal, Ghost Story Games has launched the official pages for Judas on Steam and the Epic Games Store where fans can now add the game to their Wishlist.

You are the mysterious and troubled Judas. Your only hope for survival is to make or break alliances with your worst enemies. Will you work together to fix what you broke – or will you leave it to burn?

Ghost Story Games was founded by Ken Levine (Creative Director of System Shock 2, BioShock, BioShock Infinite) and former Irrational Games developers. The studio’s mission is to create narrative-driven experiences rooted in immersive world building and gameplay. Their passion and pedigree have resulted in genre-defining experiences for more than 25 years.

Ghost Story Games is deep in development on Judas and will self-publish the game. More information will be made available in the future. Players can add the game to their Wishlist on Steam and the Epic Games Store starting today. For continued updates on Judas development, fans are encouraged to follow the developers on their official website, Twitter, Facebook and Instagram.

Headquartered in New York City, Take-Two Interactive Software, Inc. is a leading developer, publisher, and marketer of interactive entertainment for consumers around the globe. The Company develops and publishes products principally through Rockstar Games, 2K, Private Division, and Zynga. Our products are currently designed for console gaming systems, PC, and Mobile including smartphones and tablets, and are delivered through physical retail, digital download, online platforms, and cloud streaming services. The Company’s common stock is publicly traded on NASDAQ under the symbol TTWO.

All trademarks and copyrights contained herein are the property of their respective holders.

Statements contained herein which are not historical facts are considered forward-looking statements under federal securities laws and may be identified by words such as “anticipates,” “believes,” “estimates,” “expects,” “intends,” “plans,” “potential,” “predicts,” “projects,” “seeks,” “should,” “will,” or words of similar meaning and include, but are not limited to, statements regarding the outlook for the Company’s future business and financial performance. Such forward-looking statements are based on the current beliefs of our management as well as assumptions made by and information currently available to them, which are subject to inherent uncertainties, risks and changes in circumstances that are difficult to predict. Actual outcomes and results may vary materially from these forward-looking statements based on a variety of risks and uncertainties including: risks relating to our combination with Zynga; the uncertainty of the impact of the COVID-19 pandemic and measures taken in response thereto; the effect that measures taken to mitigate the COVID-19 pandemic have on our operations, including our ability to timely deliver our titles and other products, and on the operations of our counterparties, including retailers and distributors; the effects of the COVID-19 pandemic on both consumer demand and the discretionary spending patterns of our customers as the situation with the pandemic continues to evolve; the risks of conducting business internationally; the impact of changes in interest rates by the Federal Reserve and other central banks, including on our short-term investment portfolio; the impact of inflation; volatility in foreign currency exchange rates; our dependence on key management and product development personnel; our dependence on our NBA 2K and Grand Theft Auto products and our ability to develop other hit titles; our ability to leverage opportunities on PlayStation®5 and Xbox Series X|S; the timely release and significant market acceptance of our games; the ability to maintain acceptable pricing levels on our games; and risks associated with international operations.

Other important factors and information are contained in the Company’s most recent Annual Report on Form 10-K, including the risks summarized in the section entitled “Risk Factors,” the Company’s most recent Quarterly Report on Form 10-Q, and the Company’s other periodic filings with the SEC, which can be accessed at www.take2games.com. All forward-looking statements are qualified by these cautionary statements and apply only as of the date they are made. The Company undertakes no obligation to update any forward-looking statement, whether as a result of new information, future events or otherwise. 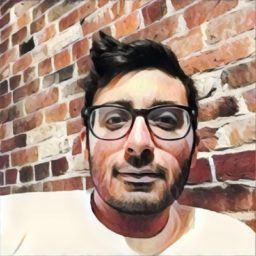 MADE WITH H IN CALIFORNIA BY FIVEBYFIVE